The sixty second commercials I directed for Citi (Citibank)’s 200th anniversary have been shortlisted for a Focal Award in the category Best Use Of Footage in An Advert Or Short Production.

Focal Awards for Best of Use of Footage

The Focal Awards are run by The Federation of Commercial Audiovisual Libraries International. They celebrate the best use of stock or archive footage. The criteria include innovative use of footage, intelligent use of archival footage that has helped the understanding of the topic or illustrated it in a way that words alone could not do, and that the footage is central to the success of the production or it has given it an added value.

Archive Footage in the Citi 200 Commercials

Archive was central to all of the the Citi 200 films. Although they are commercials, the films are effectively history documentaries taking a look at great moments in the last 200 years and their lasting impacts today. The archive sources are varied, from famous houses like Getty, to Citi’s own amazing 1970s commercials and internal films, to rare United States Airforce footage now housed in obscure German libraries in dingy Berlin basements.

It is the archive use in Cities Reborn that I am most proud of, and that required most effort. 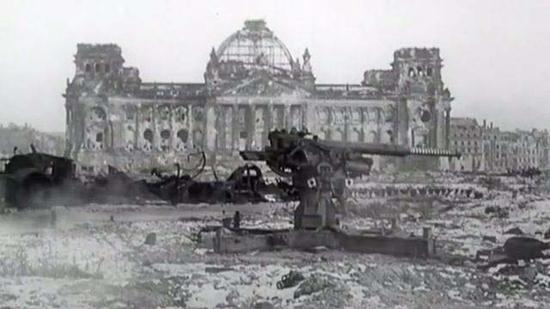 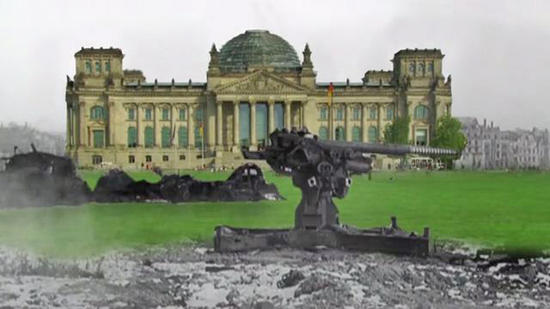 The team searched dozens of archives to find appropriate footage of bombed out buildings that could be traced not just to West Berlin but eventually to specific streets and addresses. The uncategorised archive was cross referenced with pre WWII maps and documents relating to changed road routes, old tram lines and so on until we were confident we had the right places. Site visits ascertained if the shot could be made today – sometimes new buildings or trees or road works were in the way. Sometimes building subsidence had changed the alignment. Then we used a top secret technique the crew and I developed, to make sure we had the exact same shot including precise, millimetre accurate location, lens, camera angle and so on. 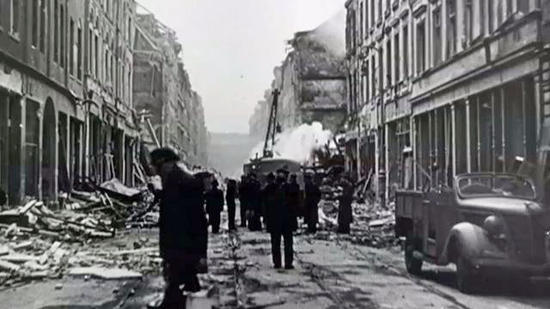 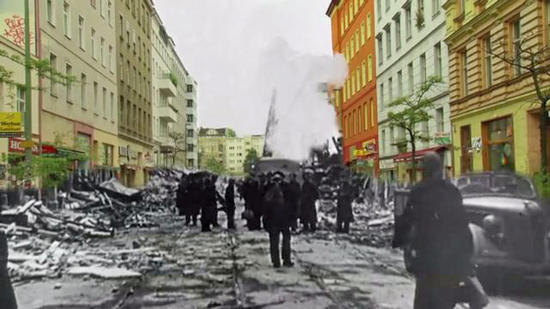 Then and only then could the detailed process of both creating the “build” effects and matching the original camera wobble begin.

The other films also include some amazing stock footage moments. The quality of the 1904 footage of the Panama Canal construction is astonishing given the infancy of the medium at the time, and the effect we created, blending a very early aerial shot of the canal, presumably shot from a biplane, with the map graphic for the “continents splitting” shot was challenging but effective.

We took a more illustrative approach to stock footage in the Transatlantic Cable film, where footage of shipping and stock markets is blended into period style maps to give the effect of a world and markets getting smaller and joining together in the wake of this incredible new technology, now nicknamed “The Victorian Internet”.

If I have any regret about the use of archive in the series it is just that I had such fun with it I would have liked to use a little more. Citi’s archive of the snowstorm that led to the adoption of ATMs in Manhattan was brilliant, but the commercials they made from them at the time were wonderfully cheesy and dated. Unfortunately in a 20 second section we couldn’t include the original 60 second commercials in their entirety!

The Making of The Citi200 Commercials (Director’s approach)

Read more about each film, including how it was made, here: